The board with honorary Honinbo Kaku Takagawa's signature, used in 7th Honinbo Title（2016/02/01） 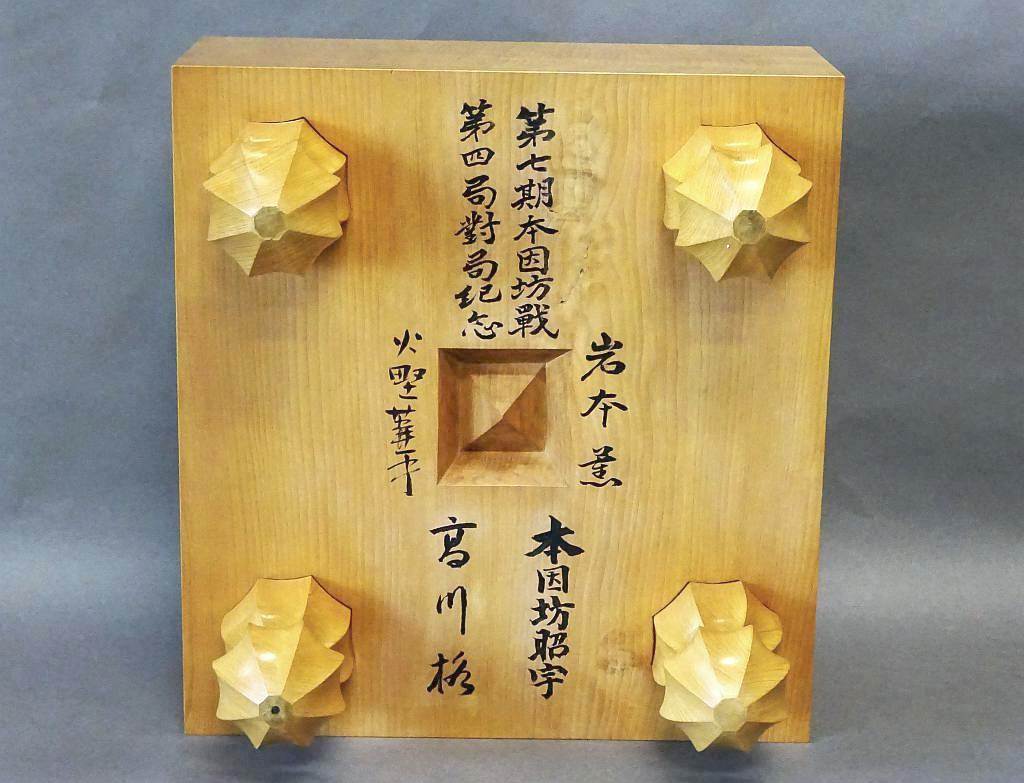 The work by Mokichi Uchiyama (内山茂吉), a Go board master in the Taisho era.

It was made in 1917, and 99 years have passed this year, but there was some pain, so I made a complete repair at our shop. Repairing with just 4 legs takes three days to polish with paper, and it is a laborious task, and it is almost in a new state.

The work is Hyuga Kaya (日向榧) 's Tenchi-masa (天地柾), 16.2 cm thick, the color of the board is good, and the grain pattern of top surface is straight at 5 mm intervals, making it the finest Hyuga Kaya anyone can understand. It is a woody taste that is hard to see now.

In addition, a hot battle was fought on this board at the 4th game of the 7th Honinbo Title in 1952, 35 years after the board was made in 1917. The Go tournament was also heated, and the witness Kaoru Iwamoto 7 Dan described it as "a masterpiece of Takakawa Kaku (高川格) 7 Dan".

After this game, Takagawa named Honinbo Shukaku, left a record of 9 consecutive victories and he was subsequently awarded the permanent title of honorary Honinbo (名誉本因坊). It is a Go board used in the famous Go tournament, which is still known as a famous game of the white turn, and Takagawa himself has listed it in the critical game.

This board has the signature of 4th Honinbo Title held on August 6th and 7th, 1952. Witness Kaoru Iwamoto 7 Dan and left, signed by Ashihei Hino, a spectator reporter and Akutagawa Prize writer. 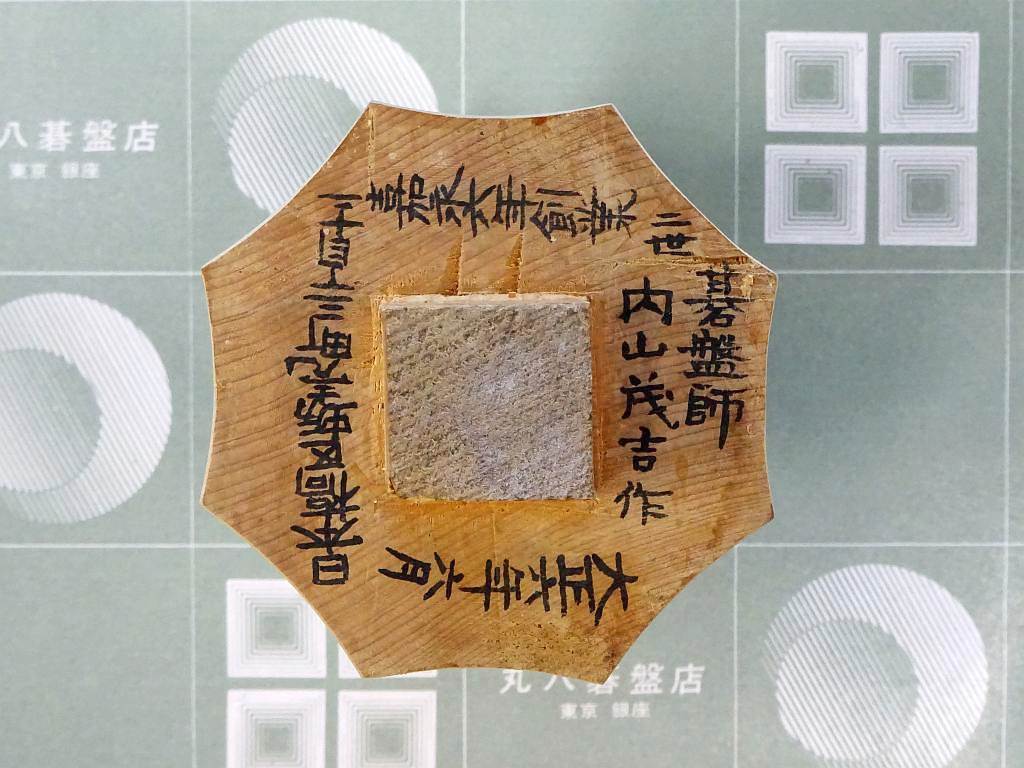 Craftman's signature written in the foot

On the left is "Takakawa's favorite joseki. White is thickly hit, and the center is stopped even when the black on the left side is hit. Kaoru Iwamoto, a witness, described it as "a masterpiece of the 7 Dan of Takakawa" and is known as one of the most famous white games ". 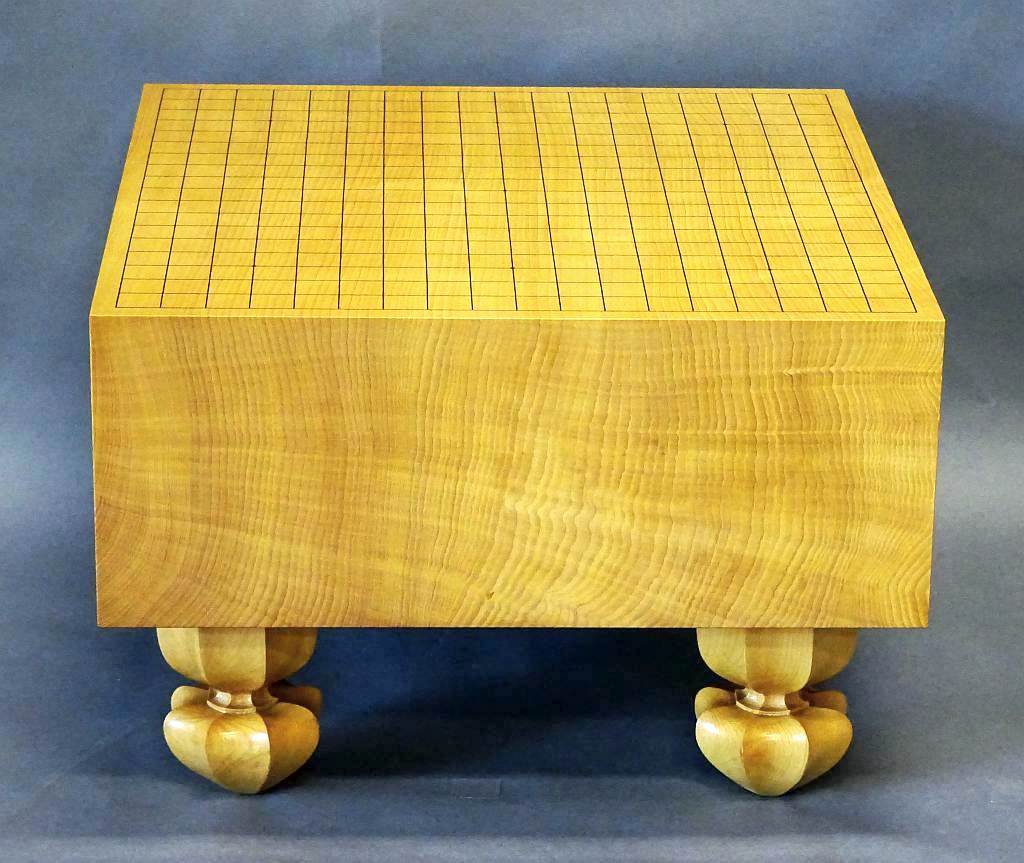